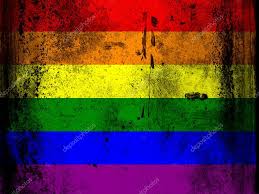 The world seems to be getting crazier by the day. All the more reason to hold to the good.

In that spirit, here’s wishing everyone a Happy Pride Month!

I grew up on the genius of David Bowie. Indeed, I played my cassette of The Rise and Fall of Ziggy Stardust and the Spiders from Mars so often it wound up spliced and respliced until it finally wore through. In music, film, fashion, life, he was as if from another realm entirely. His chiseled androgyny served as both lure and challenge, as he capered across the cultural landscape, forever reinventing himself, pushing boundaries with an eerie prescience.

Many words far better than mine will be written about Ziggy Stardust/Aladdin Sane/The Thin White Duke/Regular Dude, et al., and his profound influence on the creative world of the past 50 years. So I won’t ramble. For now, let David Bowie’s work speak.

Fly high and thank you. What gifts you gave us all.

Sometimes the violence and anger swirling around us grow to the point we feel overwhelmed. Will it ever stop? Will those professing to follow the non-violence of Christ, ever read the words attributed to him? Will they truly follow?

As I’ve said here before, I am not a religious person, but I am a non-violent one. I do believe there is a better way for the human race than guns and war and hatred. That is how I try to live my small, private life.

Joan Baez, a hero of mine from way back, lives such beliefs on a far more public stage and with far more grace than I can imagine, In our troubled times, her actions, whether today or six years ago, are examples to us all. For that – and her divine music – I am forever in her debt.